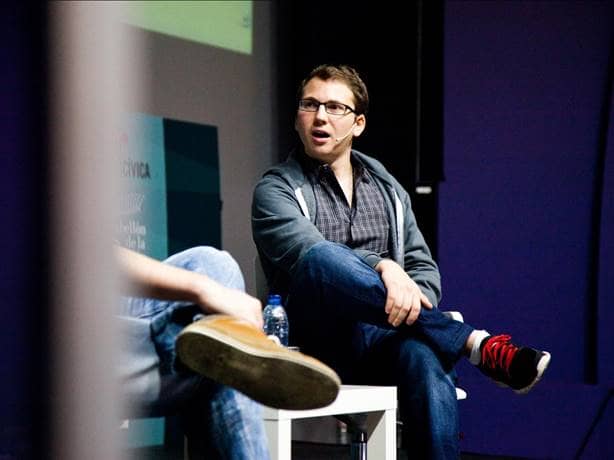 Jared Hecht sold his first company, GroupMe, 370 days after it launched for about $80 million. GroupMe, a group text-messaging app, was acquired by Skype in 2011.

Hecht and his cofounder, Steve Martocci, left Skype in 2013. Both are working on new startups and, while they aren’t business partners anymore, they hold equity in each others’ ventures.

After leaving Skype, Hecht launched a new venture in early 2014 — a startup called Fundera. Fundera helps other founders get their businesses off the ground by offering a credit marketplace for small businesses.

On Thursday, Fundera announced it had raised $11.5 million in Series B funding from Susquehanna Growth Equity, QED Investors, Khosla Ventures, and First Round Capital.

Fundera is a marketplace that helps small businesses get loans from non-bank lenders. Hecht first got the idea for Fundera when he watched a family member struggle to get a loan from a bank.

But Hecht’s team had to make some major changes right after Fundera’s launch to make the company successful.

When Fundera launched in February 2014, it "launched with the wrong product," Hecht told Business Insider. On Fundera’s website, business owners were given a service similar to Kayak, but for business loans — you’d be shown your lender matches, click a button, and you’d be directed to a third-party site to check out.

The business owners who used Fundera didn’t like this, and Hecht and his team reconfigured quickly.

"We just launched with a customer experience that we quickly learned was lacking," Hecht says. "And we learned that by speaking with all of our customers."

Within three months, Hecht’s team has relaunched with an entirely new, revamped product.

Now, prospective loan recipients complete an upfront application, see their matches, select one or more of them, and then submit all of the exact information that the lender needs to make an offer directly through Fundera. Once Fundera has all of the proper documentation, it submits the application on the business owner’s behalf.

Users never have to leave Fundera’s platform and will get tons of help from Fundera’s team along the way, if they need it. Hecht says that members of Fundera’s "customer-success team" aim to be educators, giving the small business owners as much information as possible to make good, responsible decisions about which loan product to go with.